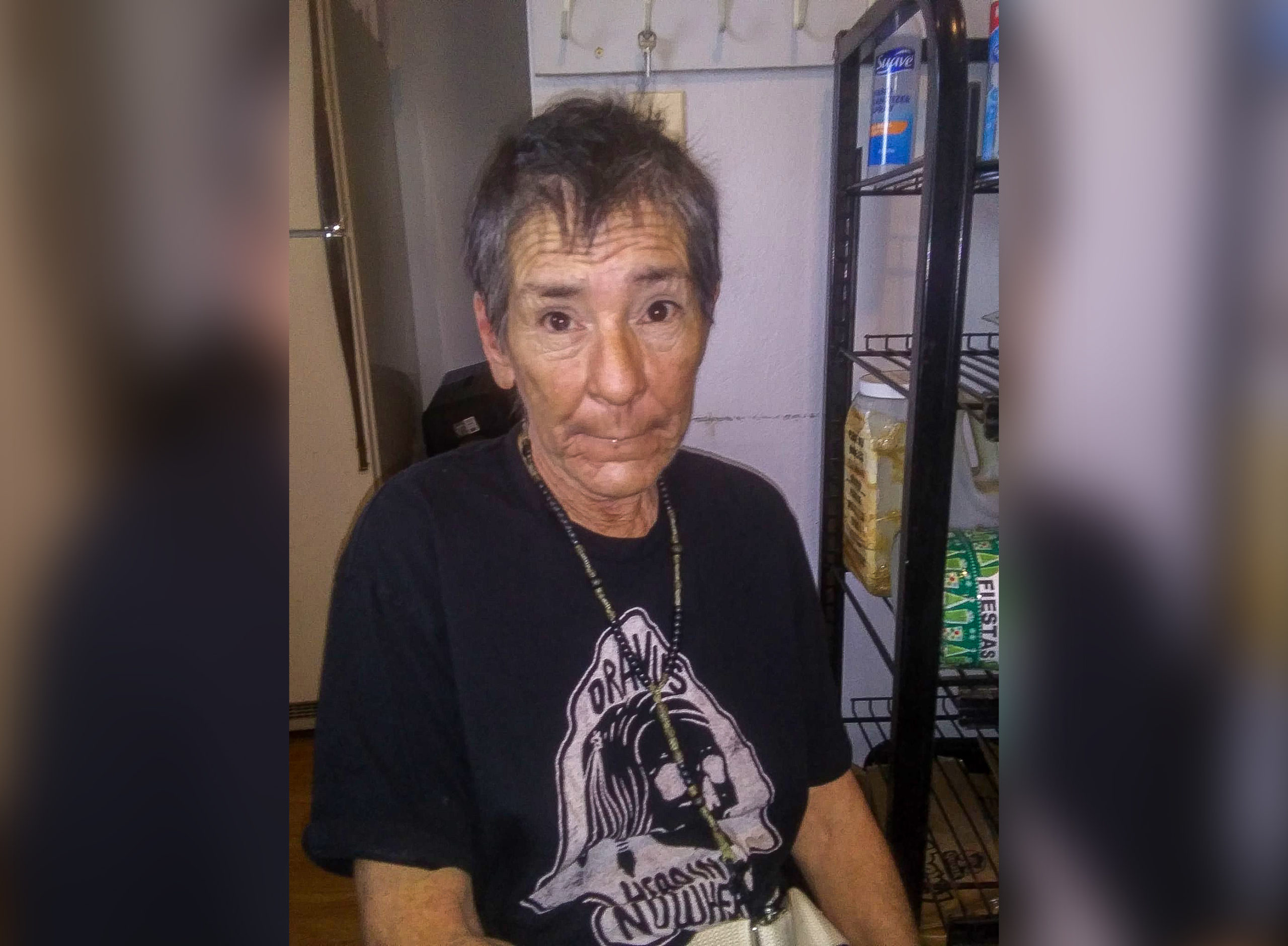 Q&A session with Homeless Voice vendor and resident Brenda Lampon about her time vending, being on the streets during the pandemic, and her love of reading.

HV: Where are you from?

Lampon: I was born in New York and I grew up in Long Beach, Long Island. I came down to Florida about 15 years ago.

HV: Tell me about your experience when you first arrived in Florida.

HV: What did you do when you stopped seeking work at labor halls?

Lampon: At that point, I went to live in the COSAC Foundation shelter in Hollywood. I went there, stayed in the shelter and started collecting donations for them, while also vending the newspaper. I did that six days a week. I would go out on the median in the road and would put money in my bucket. I didn’t really enjoy vending, but I liked meeting the people giving the donations. Some people would even come back and give me food or water.

All of the people made me happy because they’d give me the time of day. They’d talk about themselves, their lives, and they gave me someone to talk to. I miss the people. I would talk to people so they’d know what the COSAC Foundation was doing and what we were collecting donations for. I also miss the people at the shelter. Most of us got along and we would watch movies.

HV: Why did you leave the Hollywood based COSAC Foundation shelter?

Lampon: Eventually, my boyfriend and I had enough, and then we went to Plantation [and lived on the streets]. Vending is hard work. It’s hot and it’s an all day affair. I panhandled [in Plantation] too and some people recognized me from my time in Hollywood. Eventually my boyfriend died of lung cancer and I was on my own. He passed away about three years ago and I stayed in Plantation on my own before moving to the Veterans Inn [in Lake City, Florida about two months ago].

HV: Tell me about living on the streets.

Lampon: There’s no rules on the streets. First of all, I’m not a scaredy cat. I don’t need to fight. I know a lot of people including cops. I could survive, no problem. Nobody needed to fight me because I never did anything to anyone. Pretty much everyone knew me. People would give [food] to me or they’d give me money and I’d go buy some.

[As far as a tent and shelter], you just find stuff and you bring it together. I had to make sure I was covered in the rain and with the wind. Then [during hurricanes], I stayed in places where there was enough blockage.

[On the streets], if you don’t have a plan people take advantage of you, but I have no problem with that. And if you don’t have a brain, people will take advantage of you. First of all, I don’t do drugs. The ones outside, a lot of them do drugs. They pass out, they get ripped off, people will steal their stuff, they don’t pay off their bills. And I don’t do drugs. I just say, “To each his own,” but don’t bring it my way. I don’t do that.

[During COVID], people would give me masks, and they would talk to me for 5 to 10 minutes. They would wear a mask too. People know me, that’s why there was no problem.

A lot of the time, I would sit under a tree in my chair and I would read or listen to my radio. I like to read. I keep to myself, [but I also] talk to everybody. I [liked always] seeing ducks, iguanas, you name it. Birds — I liked to feed them. When I was on the streets I was on my own. People around you sleeping and leaving their crap brings too much attention, and then you get kicked out or robbed. I found that living on my own was easier and I never get lonely.

HV: How long were you living on the streets prior to going to the Veterans Inn in Lake City, Florida?

Lampon: Five years. I was at the COSAC Foundation before that for about two years.

HV: How did you end up at the Veterans Inn?

Lampon: I know Sean [Cononie, the founder of the COSAC Foundation] and he was in Plantation. He gave me a mask and all that. He would check on me, and he convinced me to come [to the Veterans Inn], and they brought me here. I got a bed, a shower, food. I haven’t been here that long, but it’s different. I share a room with someone. I know most of the people here from [the] Hollywood [COSAC location].

HV: Do you have any hobbies?

Lampon: The ones that I had I can’t do now. I liked swimming, going to the beach. Now, I’m far away from the beach and even if I was close, you can’t take a wheelchair on the beach. I would go to the beach in Plantation. I would sleep there and swim every morning and every night. My boyfriend and I lived there together. We used to go to the beach, walk, go to the bars, listen to music, play cards together. He’s in a better place now. He’s not in pain, so life goes on. He and I were together for three years. Each year I do my own personal thing around the time of his passing to remember him.

[Now], I read every day. I read thrillers, dramas, spy, John Christian, Stephen King — all those guys. I just get into it and tune out everything around me.  I read whatever comes my way, but I’m not into love stories.

HV: You mentioned that you’re in a wheelchair now. Do you want to discuss some of the struggles that come with that?

Lampon: My legs just gave out. Of course, it’s a new challenge. I’m used to walking. Even here [at the Veterans Inn], they’ve been helping me. I hold onto bars and do exercise or I work with a walker. It’s been working. They help me out everyday.

HV: What would you say to people who are hesitant about donating to the COSAC Foundation?

Lampon: We are not your regular Joes. You give if you want to, but you’d be giving to a good cause. It gives us a place to sleep, a place to eat, to shower. It gives us things that people take for granted.