One Plus One Equals Too Many For A Shelter 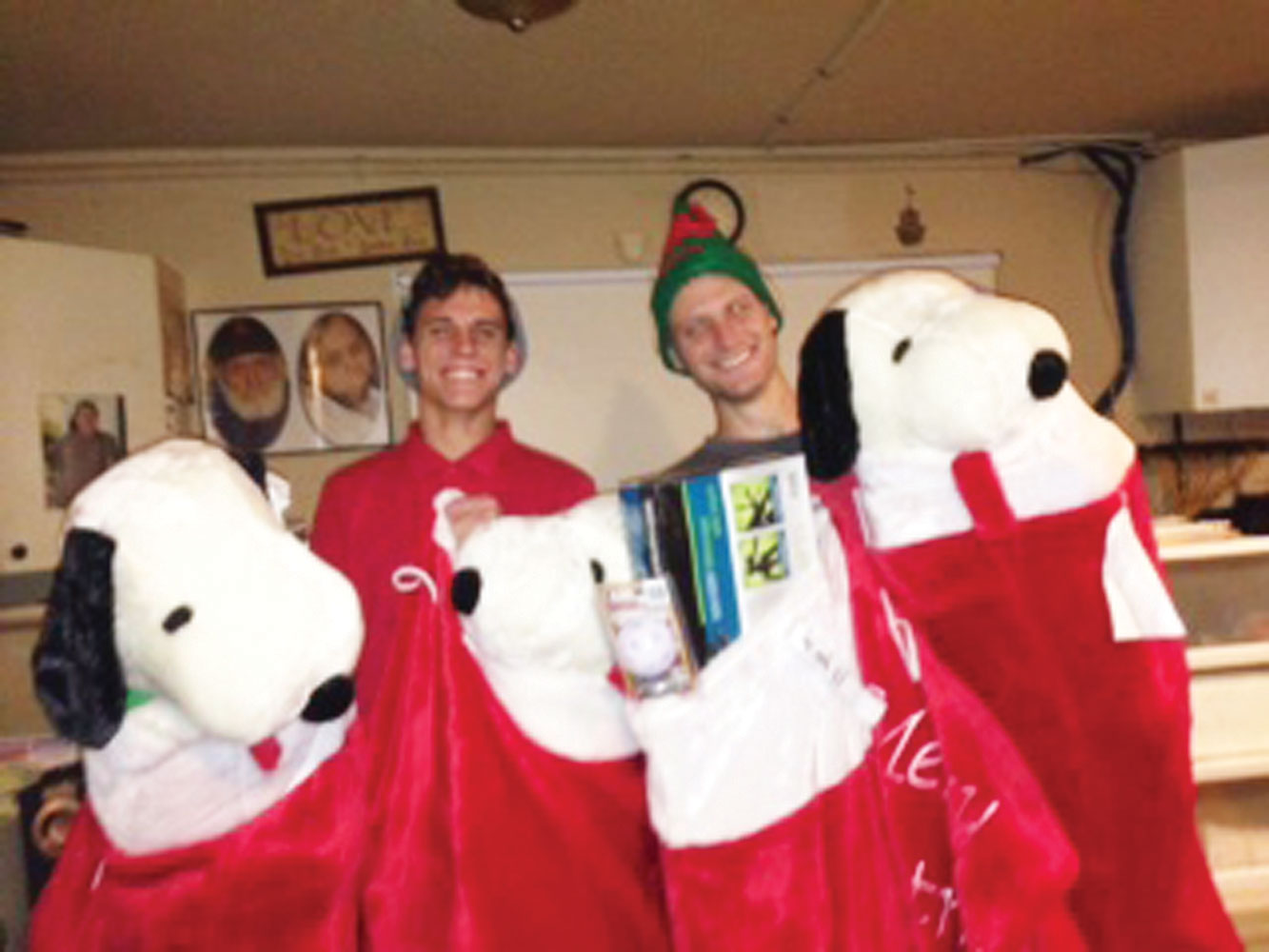 Nothing worse than being a mom and having six kids and being homeless. However it becomes worse when you find out that going to a county shelter may be impossible because you have too many children to be placed. What can be worse than that? Well, try being homeless with that many kids at Christmas time. For some mothers it seems so impossible for Santa to be kept informed as to where your kids will be when he is getting ready to take off to bring your kids presents. As we all know Santa does have an emergency email for last minute changes but what would happen if Santa got his messages messed up?
The story goes like this. This beautiful family walked in to the Homeless Voice shelter about three weeks before Christmas and of course there was no room at any Inn for them in the Tri County area. But here at the Homeless Voice we made it happen by, well, just using our head and to think outside of the box. We had no room but what we did have was our art therapy art gallery that also doubles as an office for our interns, as well as our hospice suite and also a nice clean floor where we put some nice mats where mom and six children could lay their heads to sleep. In a matter of minutes we converted their home and it was their home for several weeks.
In some cases putting a homeless family in a shelter may not be the best thing to do. In this case we had to say to ourselves, what is going to be in the best interest of the family at this given time?
Mom worked and all six kids had no issues. To us they were very functional, all they were was poor. But this season they became rich in love for many of you helped this family get into their own three bedroom house they now call home.
Sean our Director told mom to go home hunting and that she did. He had one request, the request was that she find a home near the shelter this way if there was an emergency they would be close. Mom went out and found the home and Sean said, “Merry Christmas” here is your home. He had paid for the first month, last month and a partial security deposit. He then called FPL and put the electric on in his name. The next part came easy to Sean.
He called for a meeting and said to his staff get paper and a pen and the orders came out of his mouth. He said to his assistant as soon as we are done call Santa and give him their new address. And that she did. Out of Sean’s mouth came the words: “we need a tree, a couch, some beds, get them tv’s- make it four of them! Get a couch- one that has a pull out bed… You know the one that is a bed! We need a few chairs, a table for the kitchen, throw some big stuffed animals around the house, ok get some of my paintings for those bare walls, toilet paper, hygiene products, we have lots of that stuff! What about a tree?! A Christmas tree with the lights and other stuff already attached to the tree. We need dishes, spoons, the rest of the food stuff. Let’s give them food! Fill up the cabinets and fridge. For the furniture go to the hotels liquidators on Dixie in Hollywood- I think they call it T and L hotel and motel liquidators. Tell them I sent you and work a deal. The guy over there he is real nice guy and he knows me he will hook us up.”
So the crew went up to the T and L Liquidators place and the owners worked a deal for us for only $225. We got almost a full house full of stuff almost brand new. 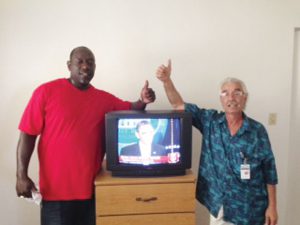 Next came the toys and of course gift cards for the older kids. So a few days before Christmas Sean sent us to Target where we got toys and cards for the kids. Sean said to the staff, we need to thank the people who give us money to run our place. Let us thank them for this would not be possible. Sean said, “Look what we can do because we think outside the box, there is no doubt that this family needed to be redone if you will, take them off of a weekly rent program they were doing outside of the shelter and set them up monthly instead. According to Sean about 23 percent of week to week renters become homeless because of that 5th week. Putting this family in a shelter was also a wrong move. They simply were poor and living week to week. In fact putting the family in the shelter system would end up costing tax payers three times than what Sean put down on this home. In fact it becomes cheaper for all parties like the family and the tax payers to work each case differently.
Christmas was a pretty good one for this loving family because they got a house to live in. Presents came to them via Santa’s elves and each child was given lots of presents. This is the time to think about all children of all nations who did not have a Christmas like we know it. This family would have been living on the floor of Sean’s Art Gallery if you all did not buy this Homeless Voice newspaper. It kinds of reminds you of the Homeless Jesus Christ the maker of this world. Who would have thought this little Baby Jesus would be who He was? Can we look at all these other children who are dying because they have no food or who have no place to sleep, who would they be? We may never know in some cases because they will die off for lack of food, water, shelter and love.
Written by Staff Writer Jay Osborne