Jamaican Woman With Homelessness in Her Past Becomes City Commissioner 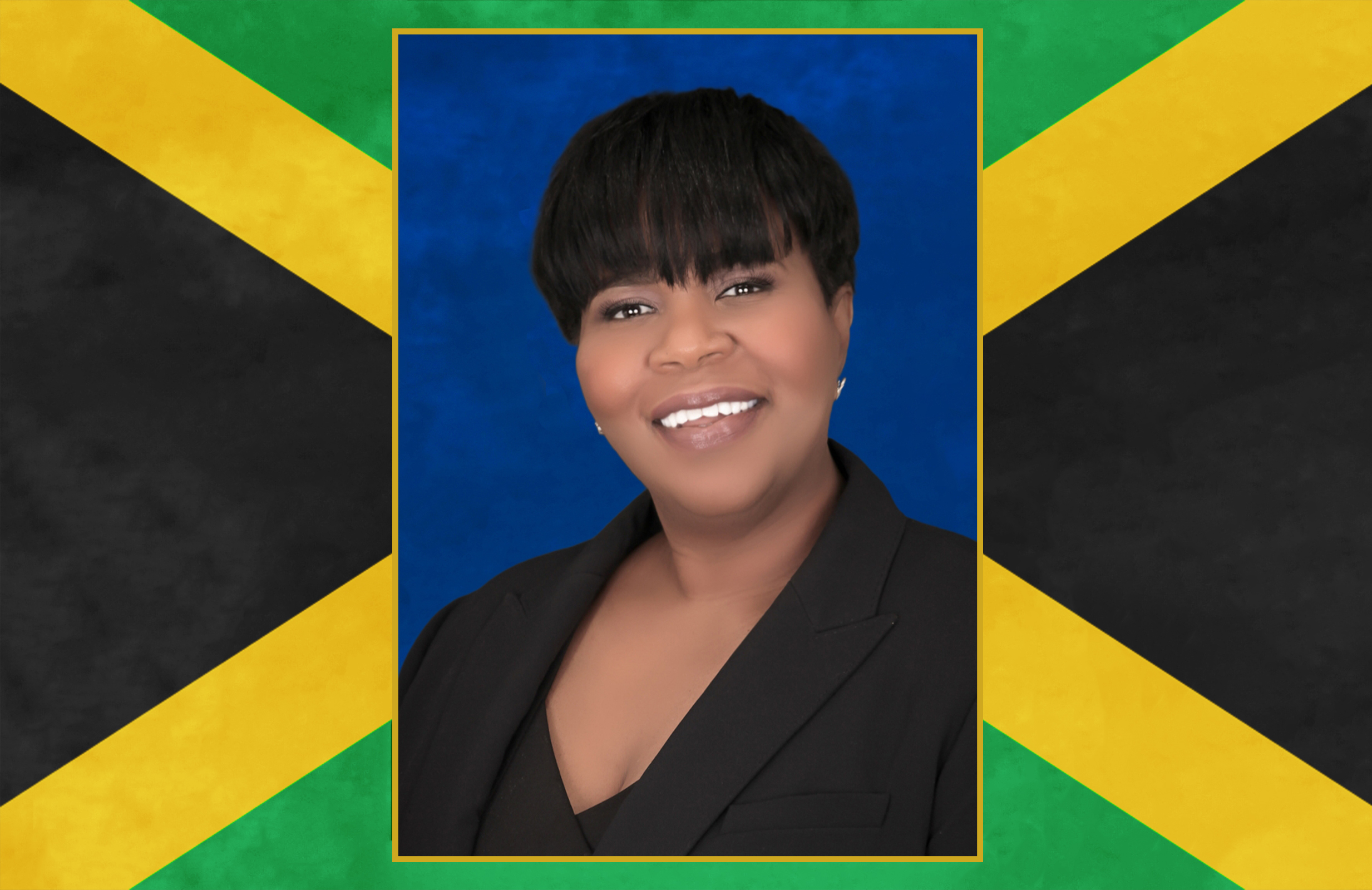 Pressed to the streets of New York at 18 and new to the United States, Karlene Maxwell-Williams builds herself up, helping herself and many others in Lauderdale Lakes, Florida.

“Love yourself enough to know this is just a setback for a greater comeback.”

And as of November, this is what now Commissioner Maxwell-Williams says to those who are lost or homeless now, and, even still, to herself.

A Florida Supreme Court certified legal mediator, Maxwell-Williams “always wanted to be a judge. Wanted to sit on the bench and do my thing,” she says. She wanted something in the legal field, but marriage and children put the idea of being a judge to the side, so mediator it was — working divorce cases, immigration cases, child support, and more as well as working at the Florida Department of Revenue for 15 years. Eventually she decided she wanted to do even more, and ran for City Commissioner in Lauderdale Lakes, Florida.

She lost in 2018 running for seat 2, but “once I say I’m going to do it though, I’m going to do it,” Maxwell-Williams says — and she did, beating incumbent Sandra Davey for seat 4 this past election. But before becoming Commissioner, before being a mediator, before helping others, she was a new immigrant in the United States — and then homeless.

Born in Kingston, Jamaica 1969, Maxwell-Williams immigrated to the United States at 18. “On the island your parents always leave you to go to America to make a better life for you,” she explains — her mother having left her at 12 years old. And so, she was destined to eventually join her mother in Harlem, Manhattan.

Unfortunately, her mother’s plans were not the same as hers when she arrived, and it “only took six months for things to go left,” according to Maxwell-Williams. Even then she wanted to work in law, but Maxwell-Willams says her mother wanted her to work in home healthcare like other Jamaican women around. One night, the arguing progressed far enough that her mother told her to get out.

“She waited at the door for me to pack my stuff and leave. I remember she asked for my keys so I threw them at her and left,” she recalls. “The way she treated me makes me do better for myself now.”

From then on, “I focused on what I needed to do for myself and did it.”

That first night she stayed with a Puerto Rican woman who would babysit her young son she brought with her from Jamaica. The woman lived on the same floor as her mother, and with only one elevator, she would still see her — but her mother wouldn’t speak to her.

After a few days the woman said she couldn’t stay any longer, so Maxwell-Willams sent her son back to Jamaica to his father and “went to Grand Central Station to take a train to somewhere.” She found a bench, somewhere comfortable, and sat. As time went by, people would sit and she’d strike up a conversation, asking about good places to go where you can easily visit Jamaica — she wanted to be close to her son any way she could.

They all said Florida, and so she took an Amtrak straight to the end of the line to Miami. When I asked what she was thinking, how she felt, she said, “I wasn’t focusing on what was around me, just me. I knew that I deserved better.”

Maxwell-Willams wanted to save the small amount of money she had from little jobs at McDonald’s, Macy’s, and Bloomingdale’s back in New York and not waste it on hotels, so she stayed at a women’s shelter in Miami for a couple weeks.

“Every time I got somewhere I asked questions. I like to do research, ask questions.”

“The shelter experience isn’t very good,” Maxwell-Willams says thinking back. “You have a bed, but there was one woman who had AIDS, someone else with a mental illness. You have to make sure you protect the little valuables you have. You couldn’t just leave your bag and go down the street and back, it would all be gone. You had to be constantly walking with your bag, up and down the street. It’s rough. You need to love yourself and know you deserve better.”

But she was never without determination: “Every time I got somewhere I asked questions. I like to do research, ask questions.”

And the answer to her questions of what to do seemed to be Job Corps — a voluntary, free-of-charge, government-run vocational training program. Unsure of what job skills to pick, she went with secretarial job training in Mississippi. She laughs now, but says “in Jamaica you don’t know what racism is,” and during that program she saw it.

But after the program, she was accepted to Bauder College in Ft. Lauderdale, paid tuition with her money from Job Corps and financial aid, was able to live on campus — further solving her housing concern — and received her associate degree in travel and tourism. Not long after she bought her first condo — the address of which she can still recite from heart — and eventually received her bachelor’s degree in management at University of Phoenix.

Over the years since, she’s made her own business — Maxwell Mediation and Maxwell Solutions, doing legal paperwork for immigration, marriages, divorces, child support — started a citizenship drive to pay for immigration paperwork and other expenses, and, of course, became a City Commissioner of Lauderdale Lakes, Florida.

“All this ties into not being homeless,” says Maxwell-Willams. “Not having a green card, can’t get a good job, running into immigration issues…and when you’re here as an immigrant, without money, you might not know the laws.” Once they become a citizen, she continues, they can apply to bring family over, live and work as a family, get a job, and keep each other afloat.

“They all tie in to helping people not become homeless.”

She certainly wants to make changes to help the homeless as City Commissioner she says, laughing, “but I just got sworn in…so I don’t know what is really there yet. I of course want to. It’s a subject very close to my heart.”

Making a point about the type of people who could be homeless and need help, she points to herself: “It’s not just a person who’s dirty pushing a cart, it’s regular people, like me.” She’s looked at abandoned buildings that could be renovated as shelters, she’s gone out into the town with masks for those on the streets, and food too.

Asking about her future, she says, “I’m not a politician, I’m a woman in politics.”

When further talking about helping people now, she speaks about the individual: “You can’t really help anyone, it’s up to the individual to do the work. It requires work. Everything in life requires hard work.” She also stresses to ask questions, saying, “Some people just don’t ask questions. Don’t be afraid to ask, the dumbest question is one you don’t ask. And don’t be so proud, ask for help.”

And so, her advice to those who may still be on the street, or need help to stay off it: “Don’t give up obviously. Don’t let your past control your future. Do your research, this is a better life for you.”

“Love yourself enough to know this is just a setback for a greater comeback.” 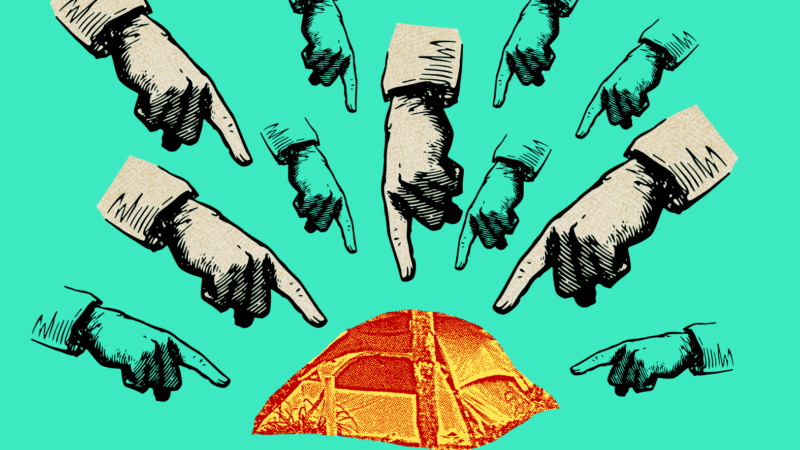 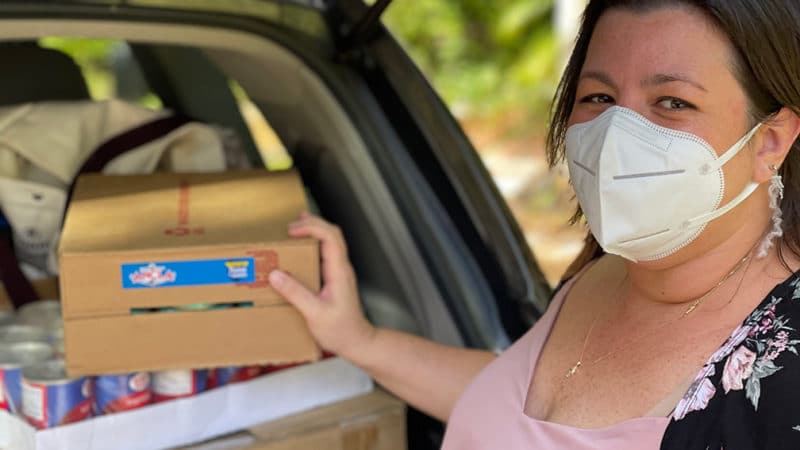