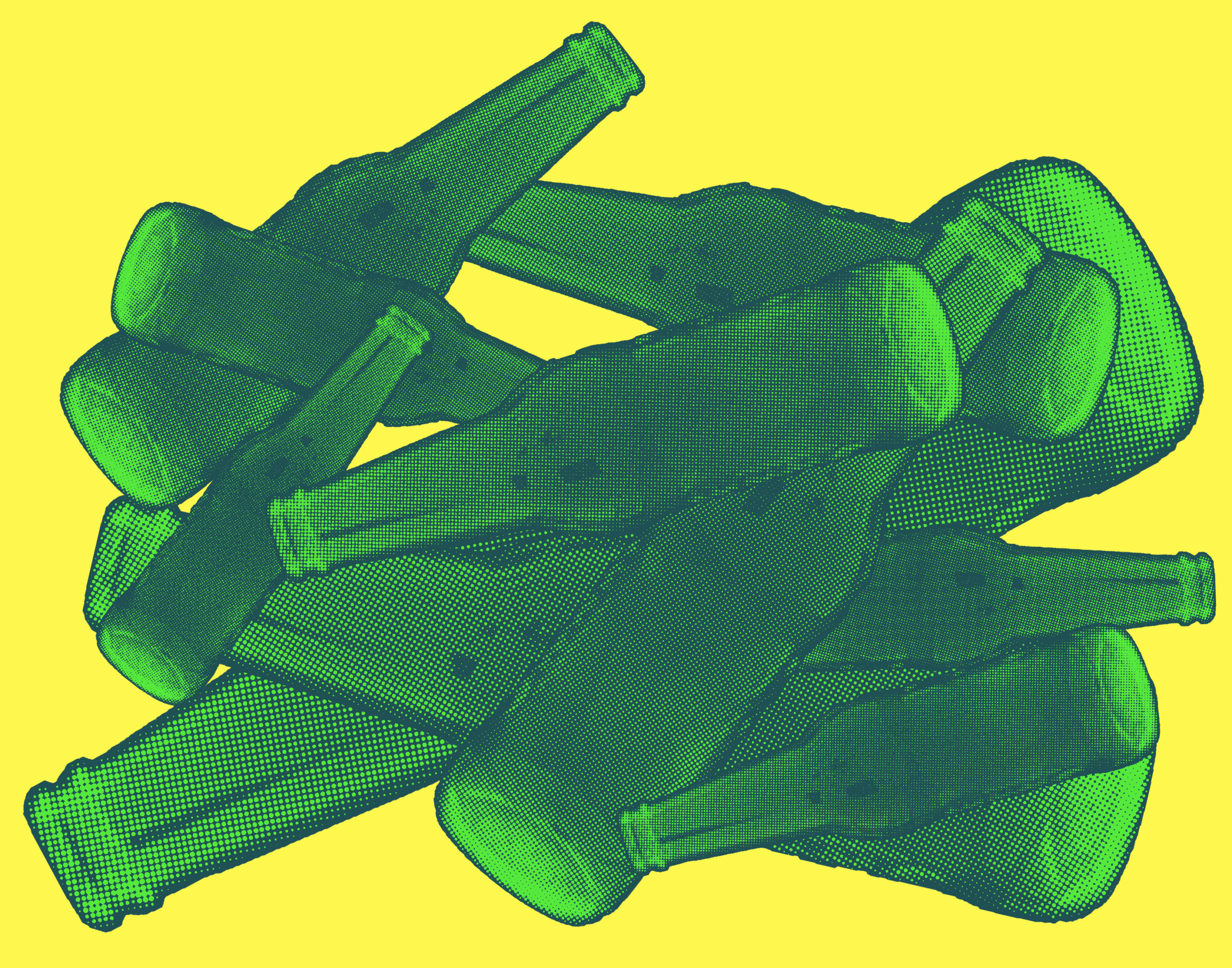 Not all panhandling money is spent on alcohol and drugs, and even admitting having a problem and looking for services doesn’t mean they can be found or are affordable.

Many people seem to assume that all homeless people are strung out on drugs and alcohol, and that this is what our panhandling money is being spent on. I can’t tell you how many times that someone has handed me a dollar bill and told me to not spend it on drugs. I was being honest when I’d tell the person that I was spending it on food. Even if I had wanted drugs, I certainly couldn’t buy them for a dollar. But it made me recognize this common misconception about the homeless.

I admit that I’m an addict and alcoholic, but I’m a binge drinker. And I don’t do it everyday. That’s one of the main reasons that I choose to camp in Boca Raton, to avoid people, places, and things that trigger me to drink or use. I don’t panhandle nearly as much as I used to, and most of my money goes to things like food, laundry, bus fare and my phone bill — not to drugs or alcohol.

Admittedly, I do buy a four-pack of cheap beer from ABC liquor on occasion, and will sit and listen to the radio as I take a mental break from the hardships of homelessness and pour drops of beer on the ground as a toast to friends who didn’t make it. Occasionally, I’ll even head down to Lake Worth and party with my old crowd for the night. But that’s as far as it goes.

Even though I’m not physically dependent, substance abuse has caused enough problems in my life that I have recognized the need for help. Palm Beach County is one of the largest recovery areas in the US, but that’s only if you have money or private insurance.

The Drug Abuse Foundation (DAF) does accept people regardless of their ability to pay, but preference goes to Department of Children and Families (DCF) or Department of Corrections (DOC) funded clients, or those who have been Marchman Acted. If you don’t have private insurance or a funding source, you’ll be waiting a long time for a bed. And they don’t accept clients with co-occurring mental health issues.

I had a homeless friend named Wayne who had a strong desire to get sober, but had given up on treatment. He used to stack up panhandling money and go into the woods to withdraw from alcohol. After he would successfully sober up again and come out of the woods, he’d tell me about the delirium tremens that he experienced while withdrawing. I had much respect for his determination to get sober, but didn’t feel that it was right for treatment to be one more privilege reserved for the wealthy.

I’ve tried to get help repeatedly myself. I got into DAF twice with a DCF referral as I have children in long term relative care, but was medically discharged for panic attacks the first time and left AMA to pursue a private adoption the second time. They’ve refused to accept me back due to my mental health issues. I’ve also been to Wayside House a couple times — a private women’s program with indigent beds — but they also discharged me because they didn’t have the mental health capacity.

“I had one sponsor tell me that she wouldn’t start me on the steps until I had a place to live, because ‘the twelve steps don’t work for homeless people.'”

I’m not saying that there isn’t help out there, but it’s harder to access treatment when you don’t have a penny to your name, especially if addiction isn’t your only problem. 12-step support groups are free, though. I’ve been in and out of Alcoholics Anonymous (AA) and Narcotics Anonymous (NA) for years, but members have frequently judged me for being homeless.

I had one sponsor tell me that she wouldn’t start me on the steps until I had a place to live, because “the twelve steps don’t work for homeless people.” I tried a Christian 12-step program thinking they’d be less judgmental, only to stand there in shock as a member mocked the homeless. Not everyone in recovery is biased against homeless people, but I’ve been judged enough that I’ve come to prefer my homeless crowd over a so-called positive support system.

Although many of my homeless friends struggle with substance abuse, they’re actually good people who would gladly give the shirt off their back to help another person in need. Some of them are the most spiritual people I’ve ever known. They do spend money on drugs and alcohol, but they also eat, do laundry, pay for the bus and buy personal items. Many of them would be willing to get clean if the help was available, but others just aren’t ready to make a change.

Transportation can also be a barrier to recovery. I usually attend 12-step meetings on Zoom because I can’t get to in-person meetings on the bus unless it’s a noon meeting, but that means missing lunch at Helping Hands. And any homeless person would choose a meal over a meeting.

I have one friend, Dilo, who was accepted into a program, but his phone was stolen when he was waiting for a call about a bed. I told him that Changing Lives of Boca can get him into a halfway house. He’s considering it, but has had trouble making it down there on the bus.

I’ve also tried halfway houses and understand why the homeless may be reluctant to go to one. Halfway houses charge at least $175 per week to share an apartment with several people, and there’s a high turnover. I’ve heard a few success stories, but the cost is often unrealistic for the destitute. And once you’ve become comfortable sleeping outside, you’re not going to want to fork out that kind of money to live with a group of drug addicts who will likely steal the few things you own.

Another misconception is that substance abuse is the cause of homelessness, but this is one of those chicken-and-egg scenarios. In my case, homelessness was caused by natural disasters and an economic recession, but once I was homeless, I started abusing substances more frequently to cope with the stress of living on the streets. People tend to think that the homeless have it easy, but we don’t. Alcohol and drugs provide a temporary escape, but in the end, addiction only makes matters worse.

Not every homeless person is an addict, though. My friend Sherry has a learning disability and has had trouble holding down a job. She slept in a tent and panhandled for many years, and she doesn’t even smoke cigarettes. My friend Jane was an accountant before she became homeless when her husband died and the bank foreclosed on her house. She wasn’t an addict, but enjoyed a cold beer while cooking out at her camp after a long day of panhandling in the hot sun.

“Even if they get into detox, they’ll likely end up back on the streets while waiting for a bed in treatment.”

But many homeless people do indeed battle addiction — and many of them become sick if they don’t have a drink when they wake up. I’ve seen some of my friends’ hands shake so badly in the morning they couldn’t even hold a sign. They needed to spend a fraction of their panhandling money on beer to prevent potentially deadly delirium tremens.

Even if they get into detox, they’ll likely end up back on the streets while waiting for a bed in treatment. My friend Jaybird detoxed while hospitalized. Once sober, he was a completely different person. I brought him an AA big book and he was very much interested in recovery, but had no way to get to a meeting and no funding source for treatment. Soon, he relapsed on alcohol and was hit by a car while crossing the street. If treatment had been readily available to the homeless, he might still be alive.

Don’t get me wrong, addicts and alcoholics will come up with a million excuses to continue to use. When a person is truly ready to get sober, they’ll put in the effort and find a way to get their life together. But what is a person supposed to do when they can’t get the help that they need and want?

There are some treatment programs in Palm Beach County that accept the uninsured, such as DAF, Faith Farm, CARP, and Village for Change, but it’s hard for many homeless people to access these programs. That’s assuming that they’ll even meet the eligibility criteria and be accepted into the program.

So, when you hand money to a homeless person, they may actually do the right thing with it. Sometimes they won’t, but that drink may very well save their life. Recovery is definitely possible, but it’s harder for the homeless who struggle to meet their most basic needs and don’t have money, private insurance, or funding sources necessary to get into treatment. And it’s even more challenging if they have a co-occurring mental illness.

If you’re in recovery yourself and a homeless person shows up at a meeting, welcome them with open arms. That alone may determine whether they come back to the meeting or return to their homeless friends who accept them for who they are — regardless of where they live.