What Those Living on the Streets Do in the Heat 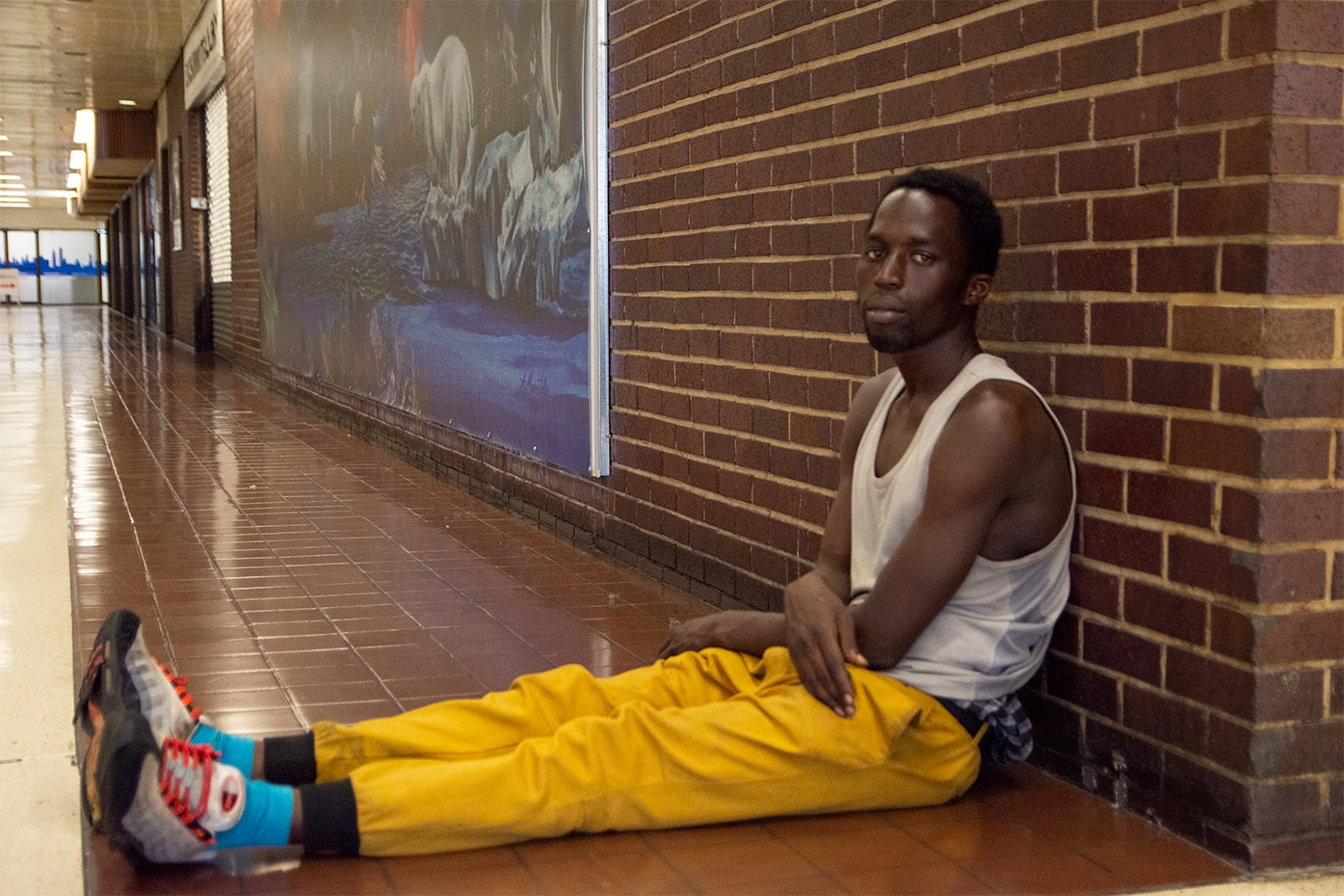 With a heat advisory for New York City, those experiencing homelessness tell of how they handle the heat

The National Weather Service issued a heat advisory for New York City on Monday July 5, active through July 7th with temperatures forecast up to 102 — and those experiencing homelessness may be outside the entire time.

The city suggests staying in air conditioned spaces, such as “going to the movies, walking in an air-conditioned mall, or swimming at a pool or beach,” and staying out of the sun, but often overlooked during extreme weather are those living on the streets. They don’t always have many places to go, and aren’t necessarily welcomed where they might find temporary reprieve from the outdoors.

Some people experiencing homelessness say they aren’t bothered by the heat — compared to the alternatives.

“As opposed to the winter I like the heat, it gets to me but not that much, I’d rather be out here all day in the summer than all day in the cold,” says Warren, who was laying outside Penn Station. When asked about water he says the “Christians” and coalitions will drop off food and water sometimes.

Sometimes he’ll go into the station to stay cool as well, but the police may tell him to leave. “If you’re sitting down, they’ll say get up, get up. They can’t really decipher who’s homeless and who’s not though, everyone looks like they’re waiting for a train. Sometimes they just walk past you.”

Jeffery, a man experiencing homelessness that was sitting inside the station, says, “If it’s really hot, I get on the subway for the air conditioning.” He’ll take the 7 train usually and head to a park to find shade, preferably where there are water fountains.

Inside Port Authority sat Moussa, 39, who’s been homeless for seven years. When asked how he stays cool he says, “I usually just face the weather you know, you can’t just come into every building.”

“It’s the sun, you know, it’s not really going to kill you. Usually I just try and stay in one spot, in the shade, and try to get through the summer, you know.” Similar to Warren, he also compared the summer heat to being preferable to the winter, saying he wishes he was in Florida where it was hot all the time.

“I happen to be in New York, so I need a jacket for the winter, and got to get some shade for the summer, and I’ll be good,” Moussa continued. He said that he’ll often go to Penn Station for the night as the police sometimes let him stay, but he’s never stayed in Port Authority overnight as they always tell them to leave. During the day he explains it’s more fickle: “Sometimes they tell me to leave, sometimes they let me stay, they won’t be that bad. They let us cool off.”

“They’re just handling their business, just got to respect it because we don’t want to get arrested, and don’t want no changes.”

According to the NYC Emergency Management and Health Department, a “code red” is issued by the Department of Social Services during extreme heat, and, when active, “shelter is available to anyone experiencing homelessness, where those experiencing heat-related discomfort are also able to access a designated cooling area.”

As of publishing, there were 53 of these “cooling stations” in Manhattan available to the public, with 13 being for seniors only.