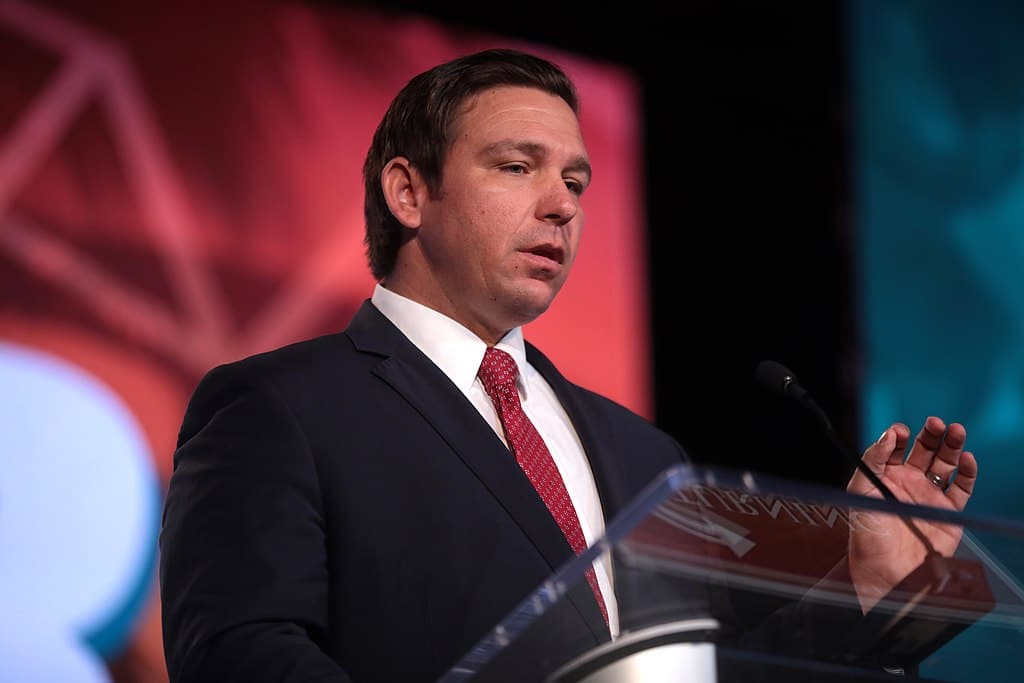 Within the first week of Pride month, Gov. DeSantis has now vetoed funding to survivors of the Pulse nightclub shooting and a LGBT homeless youth shelter despite $9.5 billion budget reserve

On Wednesday, days before the 5th anniversary of the deadliest act of violence against LGBT people in the United States, Florida Gov. Ron DeSantis vetoed every bill on his desk directly helping queer Floridans, including survivors of that massacre.

This $150,000 was cut despite the signed budget leaving $9.5 billion in reserves. It would have provided counseling to survivors of the shooting that took place at Orlando’s Pulse nightclub in June of 2016.

Also taken from the budget was $750,000 already approved by the Florida Legislature to help the Orlando-based Zebra Coalition renovate a motel to house LGBT homeless youth.

Wednesday’s veto comes only a day after another move targeting LGBT Floridians where DeSantis signed into law a ban on transgender athletes participating in women’s or girls’ sports in high school and college.

“Let’s be clear about what this is: Governor DeSantis has declared war on Florida’s LGBTQ community,” said Brandon Wolf, a Pulse survivor now working for Equality Florida, an LGBTQ civil rights organization. “Before the 2019 Remembrance Ceremony, Governor DeSantis stood on hallowed ground, steps from where I escaped the building in 2016, and promised me that he would always support those of us impacted by the Pulse nightclub shooting. Today, almost two years later to date, he vetoed mental health services for us. I will never forget.”

Without the $150,000 of state funding, Orlando’s LGBTQ Community Center — the main entity that supports Pulse survivors and victim’s families — says they now have to search for funding for the next fiscal year now.

“We now must pivot to find funding to continue serving Orlando’s LGBTQ community at the same level as we had planned for the upcoming fiscal year,” said the organization’s executive director, George A. Wallace, in a press release. “Yesterday marked the first day of Pride Month and Governor DeSantis has once again proved that he is one of the most homophobic and transphobic governors in the United States.”

The governor’s office has rejected the criticism of their budgetary decisions though, saying that the general budget’s spending for community mental health services has increased by $212 million.

“Governor DeSantis has been a champion on mental health since day one — and he absolutely supports each and every Floridian who has experienced such horrific trauma, which has a lifelong impact on survivors,” Christina Pushaw, DeSantis’s spokeswoman, had said to the Orlando Sentinel.

But this general direction of funding doesn’t change the Zebra Coalition’s circumstances, having to afford a $1.4 million motel renovation without the state’s $750,000 funding.

“It got past lawmakers, that’s the exciting thing, it didn’t die. It got all the way past lawmakers and then all of a sudden it was vetoed with the stroke of a pen,” Heather Wilkie, the executive director of the Zebra Coalition, told the Homeless Voice.

Wilkie explains they applied for funding at the beginning of the year to assist in the renovations. She said news of the veto was very upsetting as they need to expand, “because there’s such a need for these youths to have a place to go.”

According to the Trevor Project, a non-profit organization focused on suicide prevention among the LGBT community, 29% of all LGBT youth experienced homelessness. Wilkie has seen their own numbers go up as the pandemic has gone on, saying there’s always a waitlist of several youths at any point in time.

But, the completed motel would hold about 35 youths, and would triple their capacity.

The funding for the Zebra Coalition’s project was also included in a transparency report by Florida TaxWatch, called the “Budget Turkey Watch Report.” According to their website, the report “identifies appropriations that circumvent transparency and accountability standards in public budgeting.” Their $750,000 of funding lies in the category of bills which “would not have received funding without being added at the very last minute.”

Comparing the full watch report, 32 bills were included that ended up vetoed by the governor.

Without the funding, Wilkie says, the Zebra Coalition will need to fully rely on the community for now — though they intend on reapplying for the $750,000 as soon as they can, in September. “I can’t imagine raising that much money, but we can try. At the same time, I will say I’m not giving up, it’s put a fire under us to say, ‘Hey, we need this.’”