The Nuances of Mental Illness and Homelessness 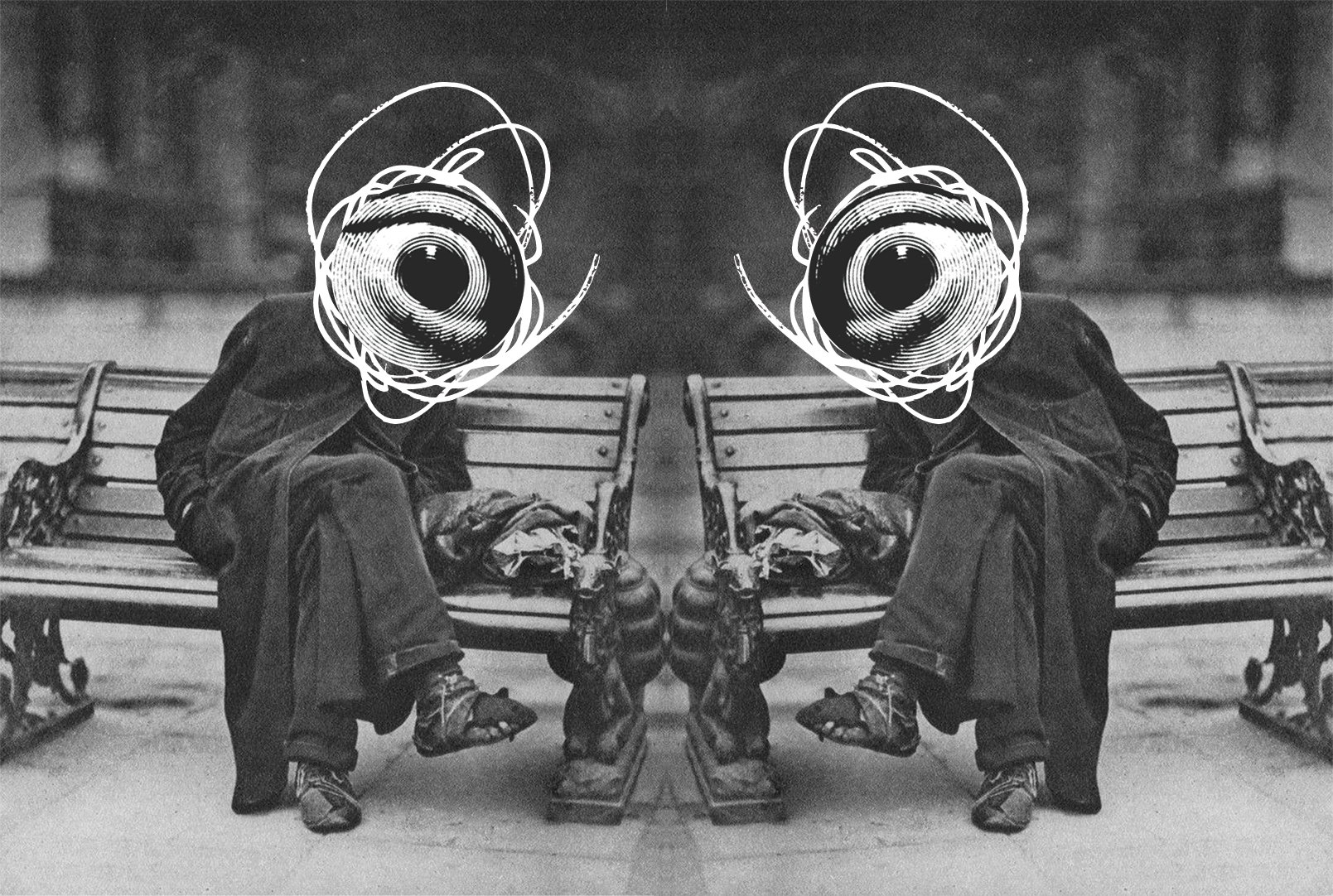 Mental illness complicates a person’s life; if severe, it can lead people to homelessness, and once there, the systems of police and health care might do nothing or even make it worse.

A cycle of victimization and incarceration can await those who are severely mentally ill and fall into homelessness as they are often arrested and don’t receive the help they need. This can be partially caused by the police’s lack of training for mental health emergencies, but also the lack of systemic support for those with drug addictions or past criminal records — all perpetuating the cycle.

But these people are not lazy, or necessarily addicts, or any other stereotypes attached to those who are in these situations — they can be average people.

About 20% of Americans have a mental illness, and 5.2% of American adults have a serious mental illness — with the difference being stark. “Serious mental illnesses disrupt people’s ability to carry out essential aspects of daily life, such as self care and household management,” says the National Coalition for Homelessness (NCH). They continue that mental illness can also hinder the creation of stable relationships, or cause them to “misinterpret others’ guidance and react irrationally.”

Mental illness in general is having any “mental, behavioral, or emotional disorder” from mild to severe, according to the National Institute of Mental Health, but not seriously interfering with major life activities. Serious mental illness, though, “often results in pushing away caregivers, family, and friends who may be the force keeping that person from becoming homeless,” the NCH continues. “As a result of these factors and the stresses of living with a mental disorder, people with mental illnesses are much more likely to become homeless than the general population.”

“It’s kind of a vicious circle. You may be more likely to become homeless because of a mental illness, and if that does happen, the homelessness makes the symptoms and the experience of the mental illness much much worse.”

The rate of mental illness within the homeless population differs according to the study. The 2015 Housing and Urban Development survey found there to be 564,708 people suffering from homelessness on a single night, with 104,083, or about 24%, being identified as severely mentally ill.

In a 2016 paper by the Treatment Advocacy Center, a nonprofit that fights for better treatment for severely mental ill people, they elaborate that the number is probably understated due to the difficulty and limitations of the HUD survey, giving the lower “continued assumption that [only] 30% of the homeless have a serious mental illness.”

Lisa Dailey, the acting Executive Director of the Treatment Advocacy Center, told the Homeless Voice, “It’s kind of a vicious circle. You may be more likely to become homeless because of a mental illness, and if that does happen, the homelessness makes the symptoms and the experience of the mental illness much much worse.” It can be much more difficult to bring that person back to a “base-level of functioning” she says.

There are government systems designed to support those with severe mental illnesses, but they are far from ideal, she continues.

“There are a lot of people who qualify as being disabled due to severe mental illness,” says Dailey. “But in order to qualify for those programs, there’s a sort of required impoverishment that goes with it, where you can lose access to your benefits if you end up with too high of an income.”

The system’s design keeps people from increasing their quality of life too much, not allowing them to find better work as they’ll reach a middle-ground where they earn too much to qualify for government help, but not enough to actually afford medication. And, Dailey continues, “being at that poverty level makes you very much at risk of being unhoused at any time.”

When they do become homeless, the more immediate response to these individuals is generally attention from law enforcement for any number of reasons, like simply being disruptive in public, or self-treatment with illicit substances. But, says Dailey, police generally aren’t trained to handle what is really a medical issue.

…any officer is allowed to involuntarily bring in someone under the Baker Act, regardless of mental health training.

She elaborates that they usually see the law enforcement response as “thinking of the client that they’re serving, the person who made the call because they’re finding something to be a nuisance or somebody is being disruptive to the general public flow of things.” This is rather than assessing whether this person needs help, and how to get it to them.

“There’s not much a law enforcement person can offer in that situation.”

The Miami Police department, as an example, does have specific policies for handling the homeless and mentally ill people, according to the Miami Police’s departmental orders — a policy and procedural guidelines document for officers — though they mostly revolve around Florida’s Baker Act.

This law allows any medical professional or police officer to have someone involuntarily admitted for mental health care for up to 72 hours if they are at severe risk of hurting themselves or others and have already refused treatment.

In terms of training to handle mentally ill people, the department has a specific Crisis Intervention Team (CIT), a part of the patrol section consisting of officers “that have attended training sessions conducted by Eleventh Judicial Circuit Criminal Mental Health Project,” who are meant to assist other officers with interacting with the mentally ill.

The policy document continues that “all sworn agency personnel are provided entry-level training in Crisis Intervention during the Basic Law Enforcement course at the police academy,” and have an annual refresher.

A CIT officer is not always the one to respond to a situation with a mentally ill person though, so patrols are expected to summon a CIT officer when the situation occurs, but any officer is allowed to involuntarily bring in someone under the Baker Act, regardless of mental health training.

With disorders that give you a skewed view of reality, it is hard to defend from being victimized too, and this victimization can then lead to a cycle of arrest, imprisonment, and the streets once again.

In 2014, 21 studies were reviewed together to examine the relationships between police contact, severe mental illness, and victimization among those experiencing homelessness. Six of those studies found the “lifetime rate of victimization in the population ranged from 74% to 87%,” and 15 of those studies “found that mentally ill homeless individuals had a lifetime risk for arrest ranging between 63% and 90%.”

The Treatment Advocacy Center uses New Orleans as an example of this disproportional arrest rate of the homeless, citing a situation where “the municipal court began routinely holding sessions in the homeless shelter because so many of the city’s 34,000 outstanding arrest warrants were for people who were homeless or mentally ill.”

“We don’t really have a great system of diverting people with a mental illness who’ve been picked up on a drug offense back into the mental health treatment system,”

A separate 2013 study analyzed the relationship between mental illness and homelessness within a group of 3,673 “recently booked arrestees” in Arizona. The study found the relationship between homelessness and mental illness “to be entirely mediated by alcohol use, drug use, and violent victimization,” stating that this suggests a “strong direct effect between mental health problems and victimization is present.”

This victimization shows a possibility of how mental health issues could also become prominent after someone has become unhoused as trauma, depression, and anxiety are all “common results of victimization,” according to the study. With the assumption of “violent victimization” being rather traumatic for the arrestees, it says, “using drugs and alcohol might be a fundamental coping mechanism for responding to this trauma.”

A “self-medication” that is often the precursor to arrest, or situations that would cause arrest.

“We don’t really have a great system of diverting people with a mental illness who’ve been picked up on a drug offense back into the mental health treatment system,” elaborates Dailey. “They just process that as a criminal justice issue, and maybe the person might end up in mental health court which is also not always easy for a person with a severe mental illness to navigate.”

The study also proposes a possible solution to this victimization as well as for homelessness stemming from it: pay more attention.

“The association between mental health problems and homelessness can potentially be interrupted if more attention is paid to the issues stemming from poor mental health, specifically substance abuse and victimization,” it says. “By treating these two risk factors for persons with mental illness, we may in fact also be treating homelessness.”

“If you could focus the effort on making an initial intervention actually robust enough to succeed, that would be better than sort of half treating people over and over and over again.”

If police were to better screen people for mental illness, and send them to services that could help them rather than arrest them, it could stop the direct route from mental illness to homelessness. Some police department’s policies dictate they do this, such as Miami, but may also have a history of harassment towards the homeless — such as a landmark homeless-protection law being abolished even as the ACLU said the homeless were still suffering, and Miami police officers destroying people’s property.

Dailey explains that because someone who has a severe mental illness may not even be fully aware of their situation, their declining of help doesn’t mean it must be the end of helping. There could be outreach on a “non-reactive basis,” helping in general rather than only when problems arise.

Dailey goes on to say that, while it is not seen as the most popular option, she also sees involuntary treatment as “underutilized.”

“The suggestion may be that they are trying to honor an individual’s civil liberties, but in my view that’s kind of dressing up a lack of capacity in the system,” she says. “If there was more capacity, people would be more willing to use involuntary care to give someone treatment that may allow them to stabilize and make better use of programs that are available.”

The 2013 study in Arizona continued that, “if the criminal justice system is more proactive in screening arrestees for mental health problems, and subsequently directing them to appropriate services, the path from mental illness to homelessness can potentially be interrupted.”

They say “early risk factors” for severe mental illness could be seen and handled in this way by a criminal justice system without “ensnar[ing] [them] in the complicated cycle of repeated homelessness and criminal justice involvement.”

When asked about any possible solutions that already exist for these severely mentally ill people living on the street, Dailey mentions Housing First. She is quick to say though that the “person needs to be stabilized first to succeed in that situation.”

Some programs skip treatment, going directly to giving them housing, she says, which can lead to those people abandoning it or refusing to take it “because their illness is untreated and they have delusions or issues that might make them not want to take advantage of that program. If you could focus the effort on making an initial intervention actually robust enough to succeed, that would be better than sort of half treating people over and over and over again.”

Speaking on popular society’s viewpoint on the constant arrests and cyclical systems, Dailey says, “We acknowledge that this is a thing, but we don’t build infrastructure to address it that way. And I think that would be something we could do, it’s just a question of whether or not there’s willpower to do it.”