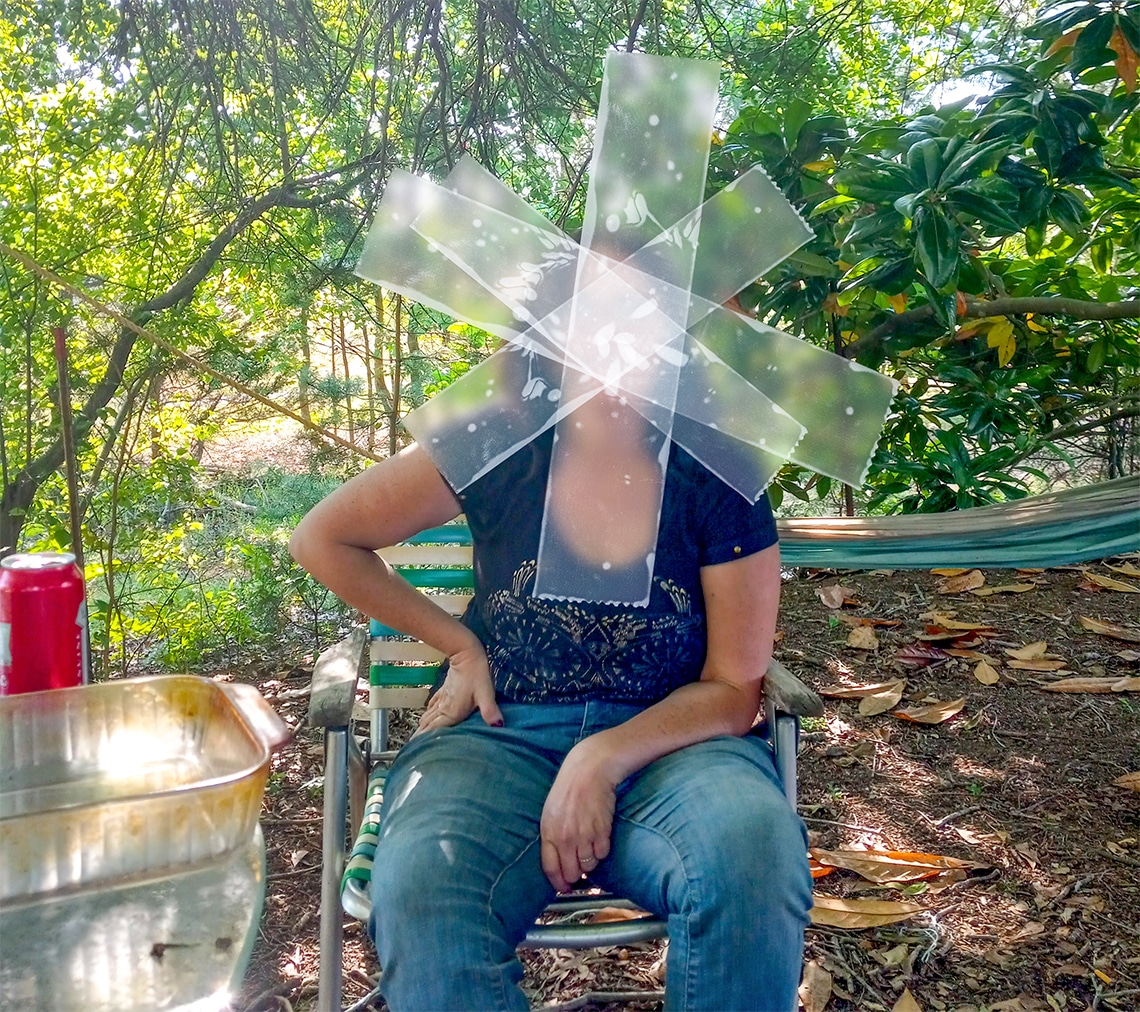 Domestic violence adds yet another barrier to self-sufficiency for those experiencing homelessness, and can cause others to become homeless in the first place.

I don’t like to talk about it. It’s much easier to look the other way and pretend that it isn’t happening.

I’ve been in relationships with two narcissistic abusers and have spent time living on the streets with both of them. But I’ve only had one black eye. The abuse has rarely been physical in nature, but when my abusers have become violent, it’s been bad.

My most recent episode of homelessness was due to fleeing domestic violence, but it isn’t easy to leave when you are faced with a choice between staying in an unhealthy relationship, and living outside alone. I’ve done it a few times, though, and it’s made me a stronger person.

Sadly, I never received much support for having the courage to leave. Homelessness is so highly stigmatized that many people seem to think that it’s better to stay indoors and resolve relationship problems rather than live in a tent and beg for change for food.

I’ve grown tired of hearing comments from people who clearly don’t understand. Throughout the years, people have said that the abuse was my own fault because I’ve stayed for so long and keep going back to my abusers. But when I walk away with just the clothes on my back, and not a dollar to my name, the same people judge me for homelessness.

It certainly doesn’t help that much of the abuse has been verbal, emotional and economic in nature. Of course, people are going to think I’m nuts when I’m sitting there crying hysterically and talking about domestic violence without a bruise on my body. But domestic abuse is really about power and control — not physical violence.

I have been choked, smothered, pushed, doused with lighter fluid and have had knives pulled on me, but I learned to do what my abusers say and to give them what they want — or else. As a result, no one has laid a hand on me for a very long time. I’ve also begun to recognize when the tension is building and have fled to domestic violence shelters over five times for a cooling off period.

I’ve come to view the domestic violence shelters as being safe havens, but they only provide six weeks of assistance. Each time that I’ve participated in their program, the advocates were unable to find somewhere for me to go after those six weeks were up. I kept returning to my abusers with a safety plan in place. Over time, I became an expert at safety planning, but the problem was never resolved, I just learned how to persevere through it.

I always made up an address whenever I went to a domestic violence shelter because the advocates tried to refer me to the Lewis Center when I honestly told them that I was a homeless abuse victim. But domestic violence is more common amongst the homeless population than many people think.

According to the Family and Youth Services Bureau, a whopping 38% of domestic violence survivors will experience homelessness at some point. Domestic violence is actually one of the leading causes of homelessness, especially among women and children.

Unfortunately, it’s not always plausible for homeless victims to leave their abusers. If they don’t have a job or anywhere else to go, how can they possibly leave?

Homeless people have many barriers to self-sufficiency that make it harder for them to obtain stable housing and employment. Often, they’re estranged from their families and most of their friends are also homeless and don’t want to get involved. It’s certainly not safe for them to simply go camp out somewhere else as their abusers could find them. And the most dangerous time for anyone in an abusive relationship is when they try to leave.

Sometimes they don’t want to leave, though. Domestic violence victims are known to develop trauma bonds with their abusers and being homeless together will often cause bonds to develop and strengthen between partners. One homeless friend of mine has been physically beaten and even had her throat cut by her abuser, yet she still covers for him and insists that she loves him.

One of my abusers has been my best friend and worst enemy all rolled into one. He has stood by me when nobody else has. We lived on the streets and panhandled together for a very long time. As a result, he understands aspects of my life that few people could even begin to understand. I know that he has a violent temper, and I’ve often felt like I’ve been on eggshells around him, but as my grandmother once said, there’s a little bit of good in every bad person.

Additionally, it’s not safe to live on the streets alone — especially if you’re a woman. I’ve survived repeated victimization at the hands of strangers, including sexual assault and robbery. I feel safer in an abusive relationship than I do living on the streets alone despite my strong survival instincts. At least I know what to expect from my abusers and how to avoid the occasional rages.

I gave up on turning to the police for help a long time ago. From my experience, law enforcement has never been too interested in pursuing cases in which the victim is homeless. And narcissistic abusers are extremely manipulative, which makes it even harder to get justice. Instead of taking my abuser to jail, the police have often taken me to the psych ward because I was hysterical and had no physical wounds.

Once, I was pinned to the bed by my throat in a motel room, and the cops arrested me because my abuser had a small scratch on his chest. The State Attorney didn’t file charges in my case, but I still spent 35 days in jail for being a victim of domestic abuse. Eventually, I started to convince myself that I’ve been overreacting to the abuse. Maybe it’s really not that bad. Or maybe it’s just all in my head.

But that’s how it goes with emotional and psychological abuse. Gaslighting is a common tactic of narcissistic abusers that involves making the victim doubt their own sanity or start to believe that the abuse is their own fault. Many homeless people don’t have high self esteem to begin with, or may even have pre-existing mental health issues, so it’s easier for an abuser to convince them that they’re worthless. And if they’re estranged from their families, they may be desperate to find love and approval from anyone — even an abuser.

Economic abuse is also common amongst the homeless. One friend of mine hands all her panhandling money to her abuser. I tried to tell her to stop, but she wouldn’t listen. And I really don’t have room to talk.

I once panhandled from sunup to sundown while pregnant. My abuser stood under a tree drinking beer with his hands out each time I got off the ramp. Whenever I’d sneak off to get pizza or coffee, he’d refuse to share his blanket with me and leave me to freeze that night, or worse. I learned a long time ago to not say the word “no” to an abuser.

Although domestic violence against women is more common, men can be victims, too. I have one friend who used to hang out with me, and I noticed that he was petrified of going home. After his abuser kicked him out, he confessed that she would beat him with objects and even pulled knives on him. He’s now living on the streets and still refuses to go home to retrieve his belongings.

But there is light at the end of the tunnel. One friend of mine is a domestic abuse survivor who now lives in her car, but she’s a strong woman who holds her own and has never regretted her decision to leave. Another homeless friend of mine has finally found true love after surviving horrific abuse.

I applaud every survivor who has managed to find a way out of an abusive relationship, but my heart breaks for those who continue to be trapped. You are worthwhile and deserve better than that! I can only hope that you will eventually find the strength and resources that you need to move forward with your life.

I’d like to see law enforcement take domestic violence claims more seriously — even when there isn’t physical evidence of abuse. Sometimes the scars inside are even more painful and take longer to heal. Although I’ll always be grateful for domestic violence shelters, survivors need access to long-term counseling and affordable transitional housing to get back on their feet and heal from the abuse.

Looking the other way and placating abusers to keep peace only works for so long. You can’t heal any type of wound by simply pretending that it isn’t there. 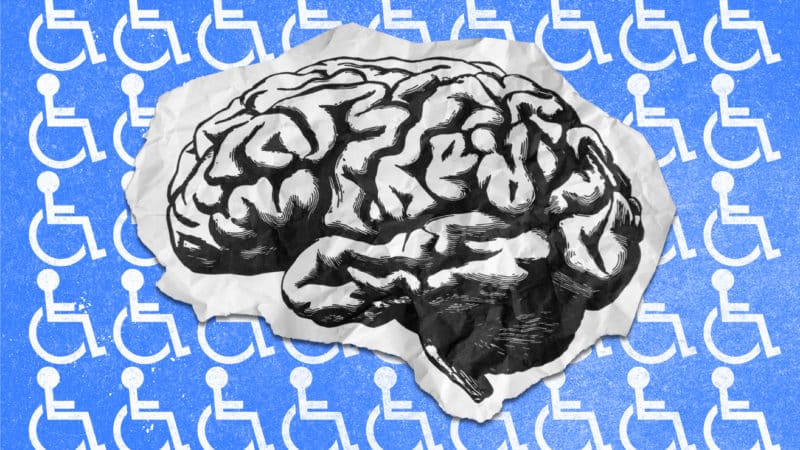 Being Homeless with Disabilities