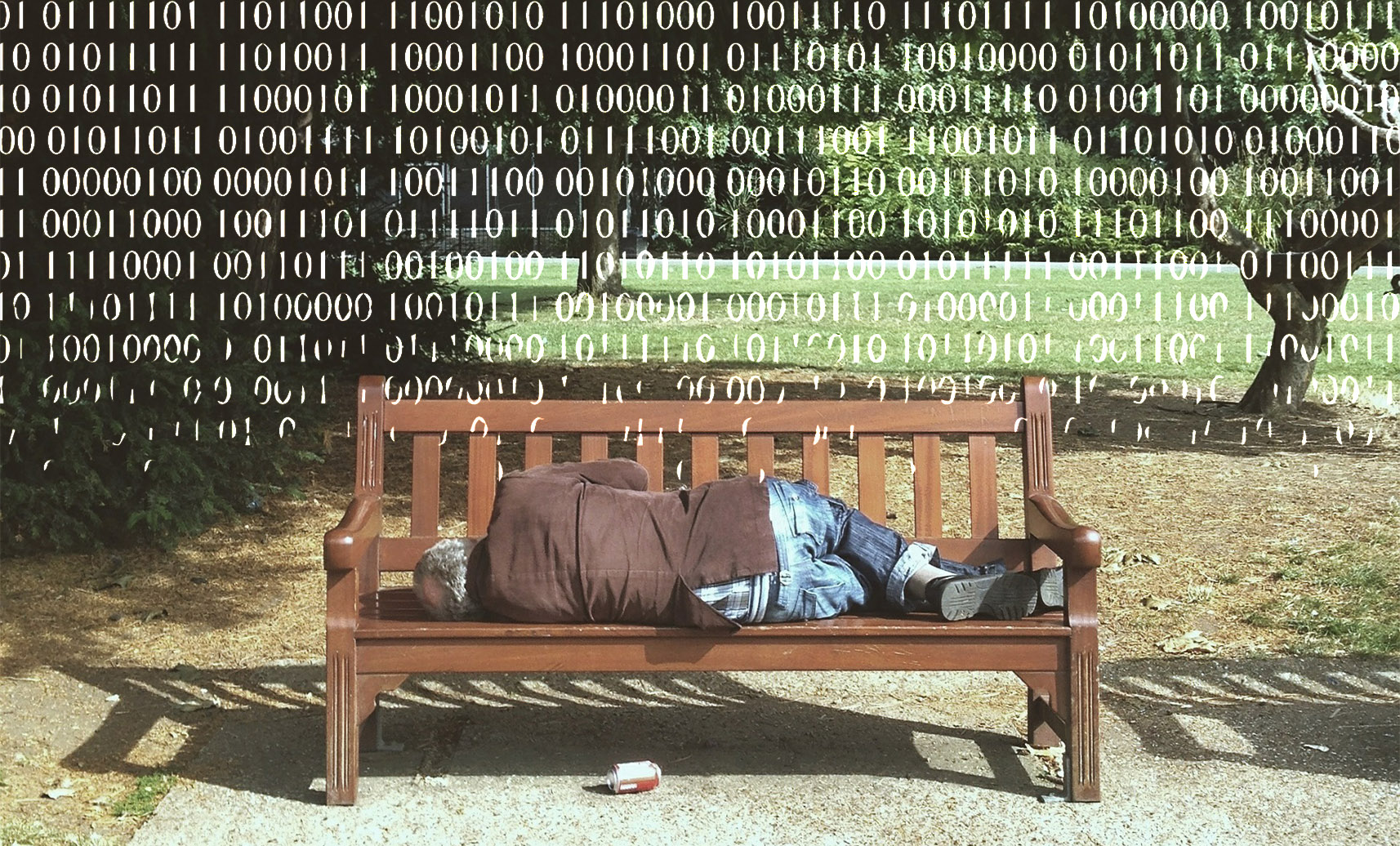 Advocates for the homeless see the centralized databases and standardized assessments of the coordinated entry approach as superior to the scattershot approaches of the past.

A random meal, a care package of toiletries, an occasional instance of a homeless person receiving permanent housing — these are individual approaches that don’t lend themselves to learning much about the rate of homelessness across the state and the nation. Without quantifying this data, and consistent monitoring of homeless populations, advocates say progress is virtually impossible to gauge, let alone achieve.

A new data-driven approach to securing housing for the homeless would represent a break from these fragmented approaches, and one now has the backing of the federal government and many of these local advocates for the homeless.

Named “coordinated entry”, the new tactic is now mandated by The Federal Department of Housing and Urban Development (HUD) as a condition of receiving funding for Continuum of Care (CoC) programs and Emergency Solutions Grants from the federal government. The primary requirement: for municipalities to set up a coordinated assessment system intended to keep track of local homeless populations and assess individuals for their vulnerability.

This tactic started in June 2010, when a new agenda for fighting homelessness from the federal level down was published by the United States Interagency Council on Homelessness. The report, titled Opening Doors: Federal Strategic Plan to Prevent and End Homelessness, had an agenda aspect requiring “new and innovative types of system coordination”.

Specifics for the requirements of coordinated entry have evolved since that report was published though.

In 2017, HUD described how regional and local governments would need to comply with federal CoC guidelines to receive certain forms of funding. These mandates were entered into the record of federal regulatory guidelines.

The specific guidelines detailing coordinated entry state they must, “establish and operate either a centralized or coordinated assessment system that provides an initial, comprehensive assessment of the needs of individuals and families for housing and services,” and it must define “how its system will address the needs of individuals and families who are fleeing, or attempting to flee, domestic violence, dating violence, sexual assault, or stalking…”

The assessment by which members of the homeless community are measured also takes into account their vulnerability of being chronically homeless and, ultimately, dying on the street, regardless of the circumstances that caused them to become homeless.

Questions asked of the homeless may vary between institutions who are directly implementing coordinated entry in their community. HUD provides a sample checklist for how a coordinated entry questionnaire might look, which can be found here. The questionnaire concentrates on their housing history and details mainly along with possible disabilities.

Director of Community Development Marcy Esbjerg in Pasco County — which has implemented this tactic — explained that the entry questionnaire system helps determine who the chronic homeless in a community are. The pecking order of the chronically homeless is determined according to tri-morbidity, meaning by who is more likely to suffer from physical health conditions, mental health conditions, as well as substance abuse problems.

According to The Code of Federal Regulations, to be considered chronically homeless they must be a homeless individual with a disability who:

The chronically homeless are prioritized for housing in this tactic as they tend to tax community resources — such as emergency response, jails, and medical facilities — more than most. Programs that have targeted the most vulnerable, chronically-homeless individuals in a community have proven massively effective in saving taxpayers money and taking the most vulnerable off the street.

Another program that has shown promise is Permanent Supportive Housing (PSH), it provides permanent housing for the chronically homeless and gives support services at a subsidized rate.

When implemented in Denver, 19 people were given permanent housing and the approach saved over $15,000 per person housed per year in the form of reduced strain on public costs for shelter, criminal justice, health care, emergency room, and behavioral health costs. Even after accounting for the cost of subsidized housing, taxpayers saved more than $2,300 per individual housed. Some cities running the program were able to house people in the hundreds.

By documenting the homeless in a community in a central database, and assessing their individual states of homelessness and vulnerability to dying on the streets, HUD and those who implement coordinated entry at the local level hope to achieve similar savings for taxpayers while reducing the number of homeless deaths directly related to those people being unsheltered.

Esbjerg, who is in full support of the tactic, describes the rationale behind it, “As a community, we want to be able to look at [the homeless landscape] by the numbers, and the [best] way of doing that is by doing coordinated entry, a standard assessment helping the people that are most in need.” She continues that, “If three of us went to the emergency room, and one of us was bleeding out from a gunshot wound, one of us had the flu, and the third had a cough, who is going to be treated first? The one that is bleeding out.”

The goal of coordinated entry is to identify who among the homeless is most at risk of “bleeding out” — either literally or metaphorically — secure housing for them, and provide the services they require to remain in housing; whatever it might be.

She notes that there will be challenges, one of them being trust in the system from both housing providers and the homeless. Still, she remains optimistic about the ability of coordinated entry.