COSAC Foundation Filling the Gaps During a Crisis 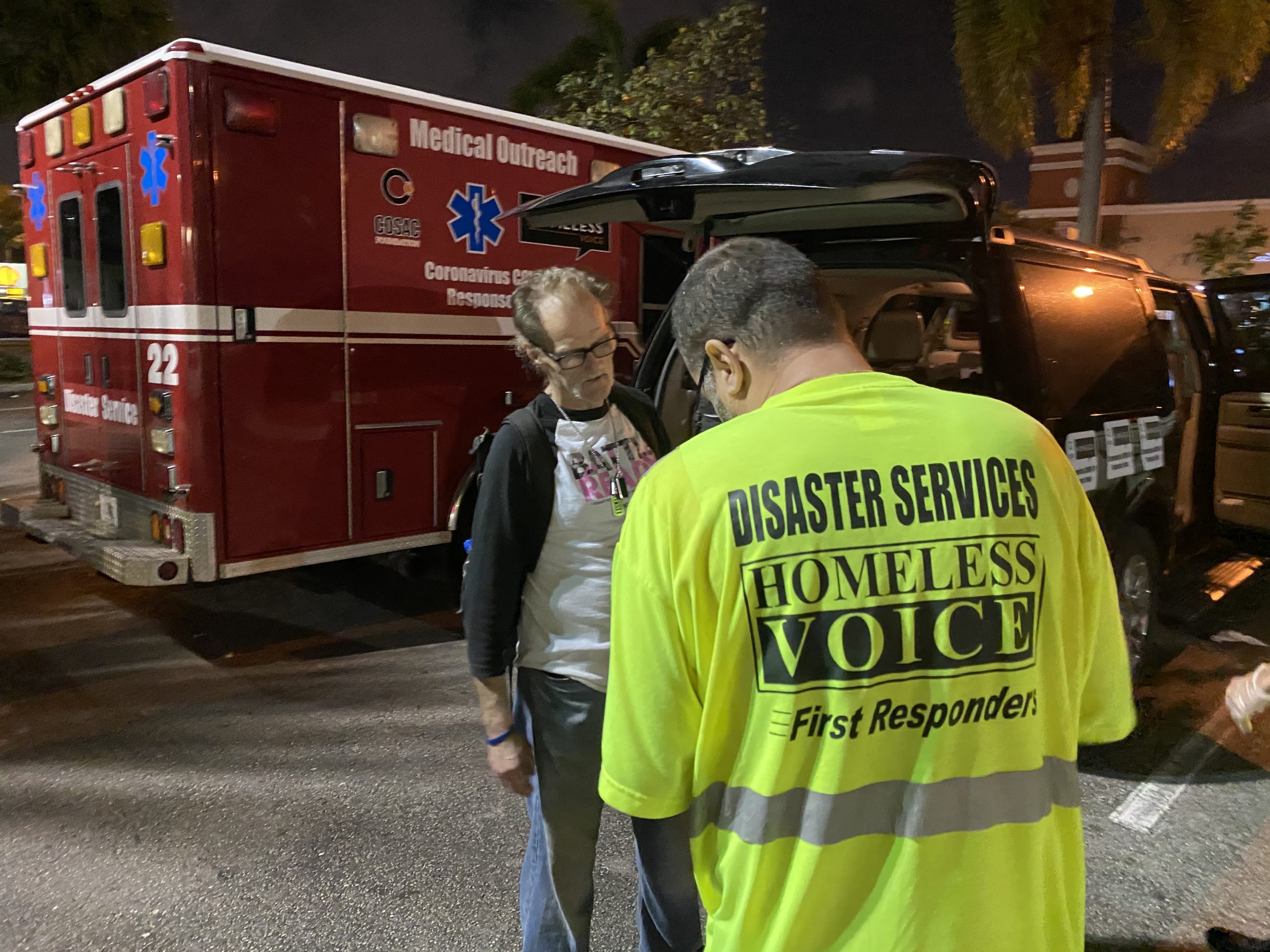 Foundation and founder bring out food, medicine and ID system for the homeless in virus-stricken time

Cities like New York are having hundreds die each day —  originally hitting triple digits on Mar. 23 — but Florida only declared a state-wide stay-at-home order on April 2. With this patchwork application of federal safety measures, the most vulnerable people bear the consequences, and some of those have been the homeless.

Sean Cononie, the head of the COSAC Foundation and publisher of the Homeless Voice, is familiar with the issue of a wide-spread virus hitting the streets from when the Swine Flu wracked the country in 2009; Cononie was on the streets helping then as he is now. Back then he explains, “We weren’t prepared, plain as day we weren’t.” Something that doesn’t seem to have changed: “Every city I know of has forgotten the homeless on the street.”

Cononie and other volunteers for the organization go out to the streets normally to help as much as they can — bringing blankets to those who won’t go to shelters in the winter, and medicine and water in the summer. But for almost four weeks now, seven volunteers have spent six hours every other night helping those not able to follow stay-at-home mandates.

In terms of whether the state and cities were prepared, Cononie says, “Absolutely not.”

Each person they interact with they give an ID number, record where they are, and record their phone number to text them daily and check on them. If they feel sick, COSAC will go back to them and try to help, possibly bringing them to an emergency room if need be. “Thank god for Obama phones,” Cononie added. So far they receive about 30-40 emergency calls a week, three needed to be brought to the hospital, but the rest were calls for blood pressure or diabetes medicine they couldn’t get on their own.

Many homeless cannot abide by stay-at-home mandates for obvious reasons, which, as well as many other things, puts them to be easily exposed. But this isn’t the only new issue arising. “They’re having a hard time getting food. Most of the people who feed the homeless are home,” Cononie says. “Most of the shelters are closed too, which makes sense as they aren’t to CDC standards in space.” This leads to even more people on the street, and even more stretching of the already scarce resources for those sleeping there.

In terms of whether the state and cities were prepared, Cononie says, “Absolutely not.”
“I think we should have done all this before, we’re about two weeks behind,” he continues. Cononie says that the rate of infection and death rate would have been better had they been more prepared, commenting that “I think the governor was more concerned about the economy.” He further stated that he’s emailed county and state representatives multiple times with suggestions such as “they open back up the public parks they closed and let them pitch tents, make a tent city spaced apart.”

A recent New York Times article asserts new information that early on the White House was aware of the possibly dramatic consequences if the virus came to the United States. The repetitive delays described in the piece only help bolster Cononie’s thoughts that cities and states, especially Florida, should have acted sooner.