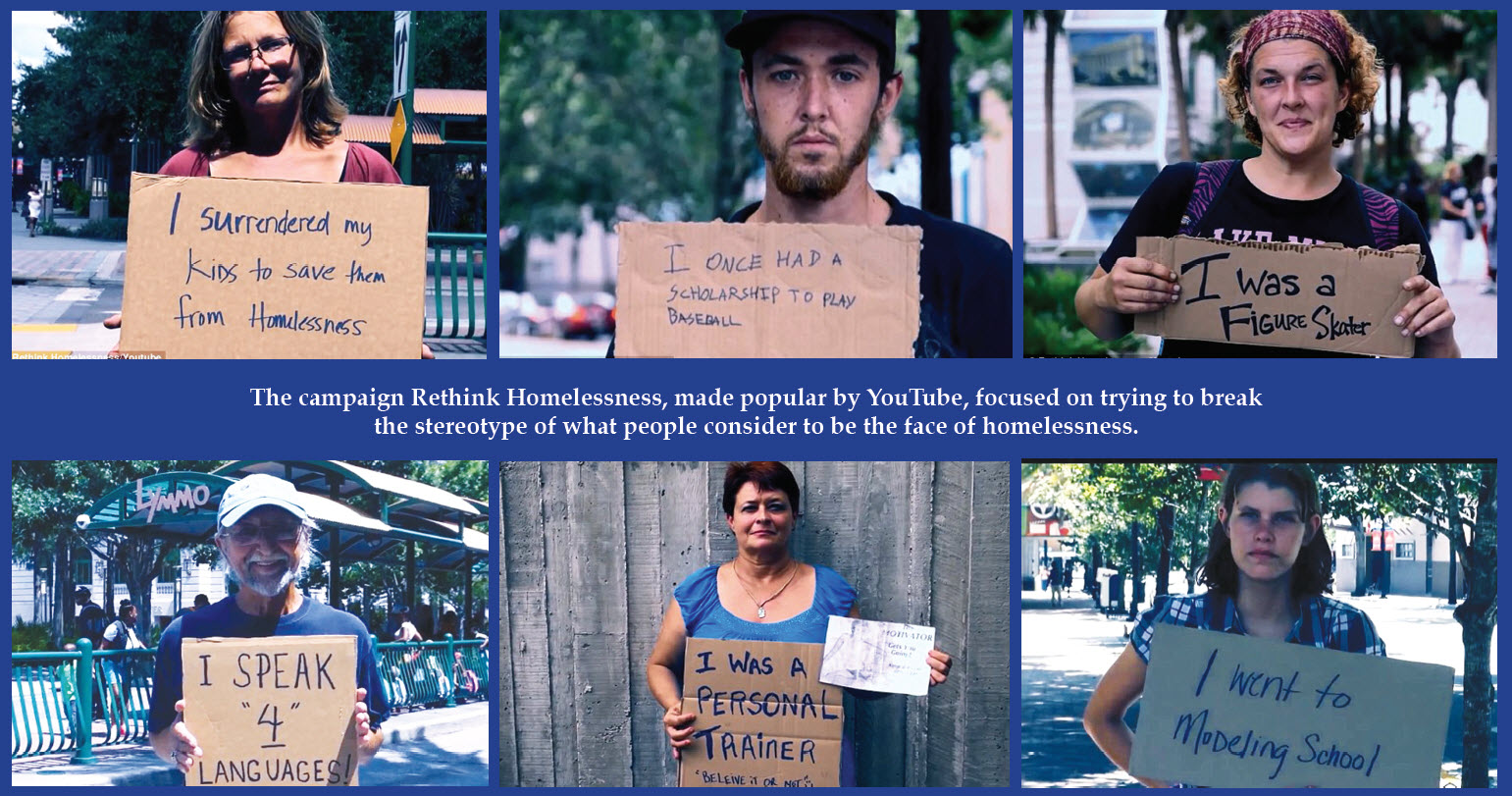 Myth #1: Homeless people are lazy and don’t want to work. According to a comprehensive 1996 Urban Institute survey, about 44 percent of homeless people around the country did some sort of paid work during the previous month. In 2013 the US Department of Housing and Urban Development (HUD) conducted a study that found 17 percent of homeless adults in families, (who share different characteristics than homeless individuals,) had paying jobs, and 55 percent had worked during the previous year.
Myth #2: Getting a job will keep someone out of homelessness. The National Low Income Housing Coalition found a full-time minimum wage worker would have to work between 69 and 174 hours a week, depending on the state, to pay for an “affordable” two-bedroom rental unit (the federal government defines affordable as 30 percent of a person’s income). A full-time minimum wage worker couldn’t afford a one- or two-bedroom apartment at Fair Market Rent, a standard set by the federal government, in any state.
Myth #3: Homelessness is a long-term problem. The most common duration of homelessness is one or two days, according to University of Pennsylvania researcher Dennis Culhane. Nearly one in six homeless people were classified as chronically homeless — people with disabilities who have been homeless for a year or more, or experienced at least four episodes of homelessness in three years — by HUD’s 2014 survey.
Myth #4: Homelessness is typically related to mental illness. Serious mental illnesses are more prevalent among the homeless: about one in four sheltered homeless people suffered from a severe mental illness in 2010, compared to 5 percent of US adults, according to the Substance Abuse and Mental Health Services Administration (SAMHSA). But city officials cited lack of affordable housing, unemployment, and poverty as the top three causes of homelessness in a 2014 survey from the US Conference of Mayors.
Myth #5: Most homeless people are addicted to drugs and alcohol. Roughly one-third of sheltered homeless adults had chronic substance use issues in 2010, according to the SAMHSA.
Myth #6: Homelessness is going away. The number of homeless people declined nationwide by 2 percent between 2013 and 2014, HUD found. But the homeless population increased by 6 percent in New York City, where 12 percent of homeless Americans reside, and 1 percent in all major cities.
Myth #7: Fighting homelessness is expensive. Studies show that simply housing people can reduce the number of homeless at a lower cost to society than leaving them without homes. The Central Florida Commission on Homelessness found housing costs $10,000 per person per year, while leaving them homeless costs law enforcement, jails, hospitals, and other community services $31,000 per person per year.